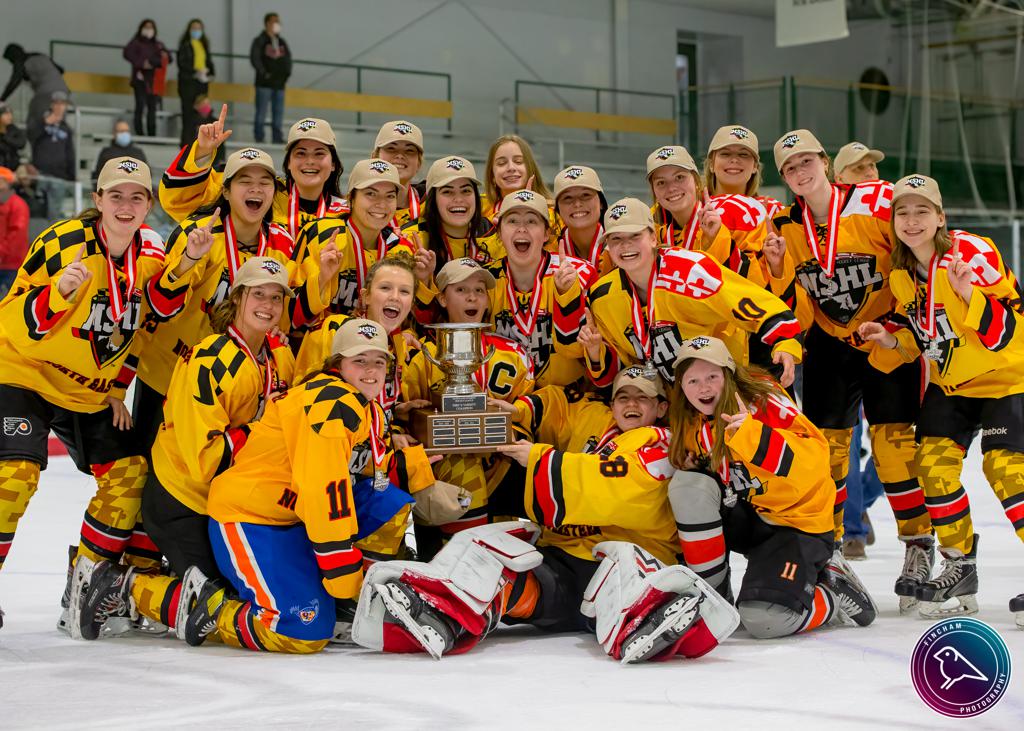 Junior Victoria Hayes' (Mercy HS/Little Flyers) second goal of the game, just 21 seconds into the second overtime propelled North Eastern to their second MSHL Girls title over Howard in a thrilling Championship that lived up to its billing by a final score of 3 - 2.

Both North Eastern title games have been won in the extra session.  Last year, North Eastern prevailed 2-1 after just 0:28 of overtime.

This was the longest ever MSHL Girls Division game and the second longest MSHL Game (all levels) in the league's history.  DeMatha and Mt. St. Joseph played 15 minutes of overtime in 2001 before the game was decided in a shootout.

After a scoreless first period, Howard opened the scoring at 3:31 of the 2nd on a tally by Senior forward Toni Smith (River Hill/Pens Elite) (Goal, Assist).  That was all the scoring at that point, with Howard outshooting North Eastern 27-17 after 30 minutes of play.

Things picked up in the final regulation stanza.  Hayes scored her first of the game 4:16 into the period with a bullet that found the top corner with the lone assist going to Senior Isabella Donovan (Newark Charter/TI Northstars).  Howard regained the lead at 6:05 when Laura McMennamin (Mt. Hebron/Washington Pride) tucked home a loose puck during a delayed penalty with Smith picking up the helper.

2:15 later Senior Guinevere Donovan (Patterson Mill/Little Flyers) picked up a loose puck off feeds from Seniors Rylan Sachs (Notre Dame Prep) and Audrey Roberts (Harford Tech) (2 Assists) in front of the Howard cage and slid home a backhand to tie the game up at 2.  That was it for the scoring in regulation.

The first 10 minute overtime was not without drama as Howard did an excellent job killing off a penalty to Smith.

With a shootout looming if no team scored in the second overtime, Hayes received a pass from Roberts at the offensive blue line, skated in and lasered a shot home to start the celebration.