St. John's College High School in Washington, D.C., established in 1851, is the second oldest Christian Brothers School in the United States, and the oldest Army JROTC school. It was founded by Brother John of Mary, F.S.C., and two other Christian Brothers in St. Matthew's parish, at 15th and G Streets.

Kennedy opened the scoring just over a minute into the game and Andrew Depoy scored nine seconds later. Tommy Lokken made it 3-0 five minutes after that and Jesse Horaceck finished the 4-0 outburst with his first of the game, both while Gonzaga’s Luca Docking was serving a five-minute major penalty for boarding.

Docking got the Eagles on the board early in the second period, but Dimitry Kebreau scored the first of his two goals to regain the home team’s four-goal lead.

Gonzaga got the next two goals to get to 5-3, but Kebreau and Horaceck each got their second goals in the third period to put the game out of reach. 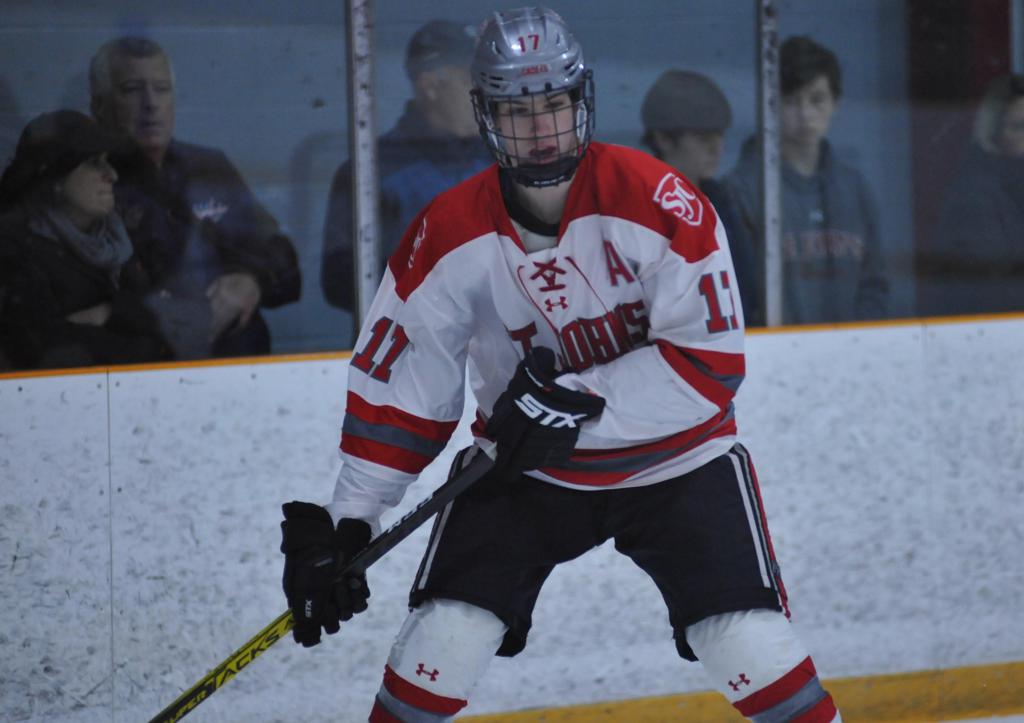 Despite carrying play and outshooting the Purple Eagles 32-18, the Cadets had to overcome a 2-goal deficit to salvage a tie against the Eagles in non-league play.  SJC got into penalty trouble and Gonzaga took full advantage of their chances.  The Cadets were led by a two-goal effort from sophomore Jesse Horachek.  Sophomore defenseman Tyler Rose scored a key goal to keep the Cadets within striking distance and junior Quinn Kennedy scored the clutch game-tying goal.   Despite being disappointed with the tie, the Cadets were happy to have fought back and have the SJC Booster Club match the intensity of the always formidable Gonzaga fans.

Now, SJC looks to claim victory in the National Capital Hockey Tournament ("Purple Puck").  Last year, the Cadets were missing many key contributors, but this year SJC should have a full squad that could compete for the Purple Puck championship, which would be a first for the Cadets.  Please come out and support SJC hockey.   The tournament schedule is below: 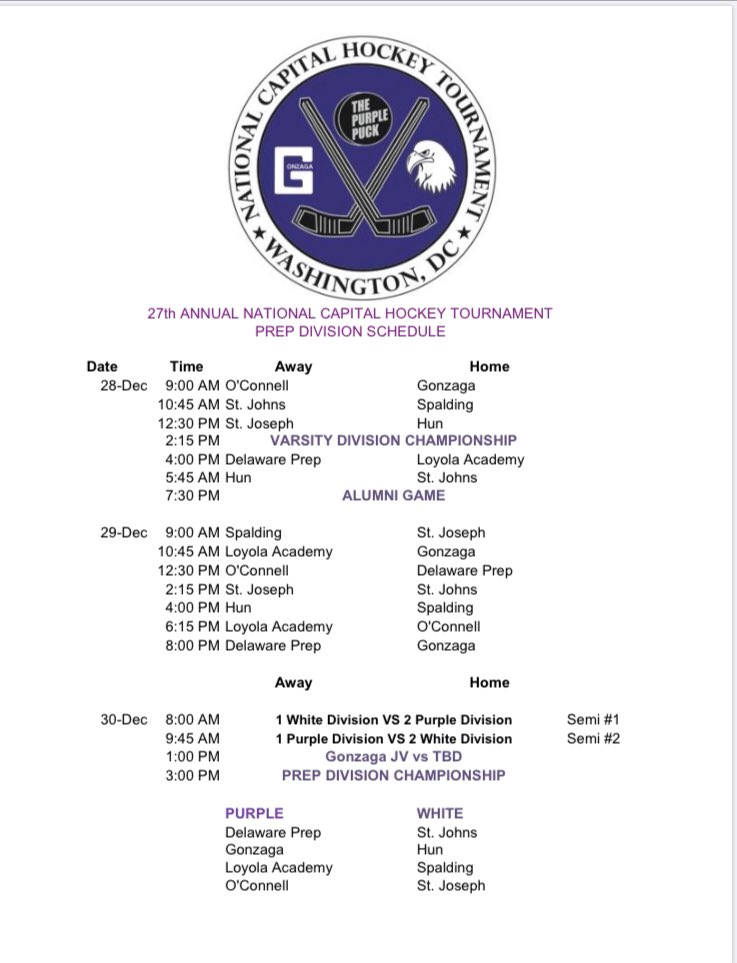 On December 20, SJC will host WCAC and MAPHL rival Gonzaga in a game before the Christmas break in what may be a preview of the upcoming Purple Puck final over the holidays.  SJC is looking to continue its hot 11-1 start and remain unbeaten in local play, while Gonzaga hopes to show it is still the leading DMV program despite an early loss to Mt. St. Joseph and tie versus Archbishop Spalding.  Given the rivalry between the two schools, it will be a spirited affair that no local hockey fan should miss.  Game time is 5:35 PM on the Cadets' home ice at Rockville Rink #1.  Get there early for a spot.