High school hockey is back in the district! 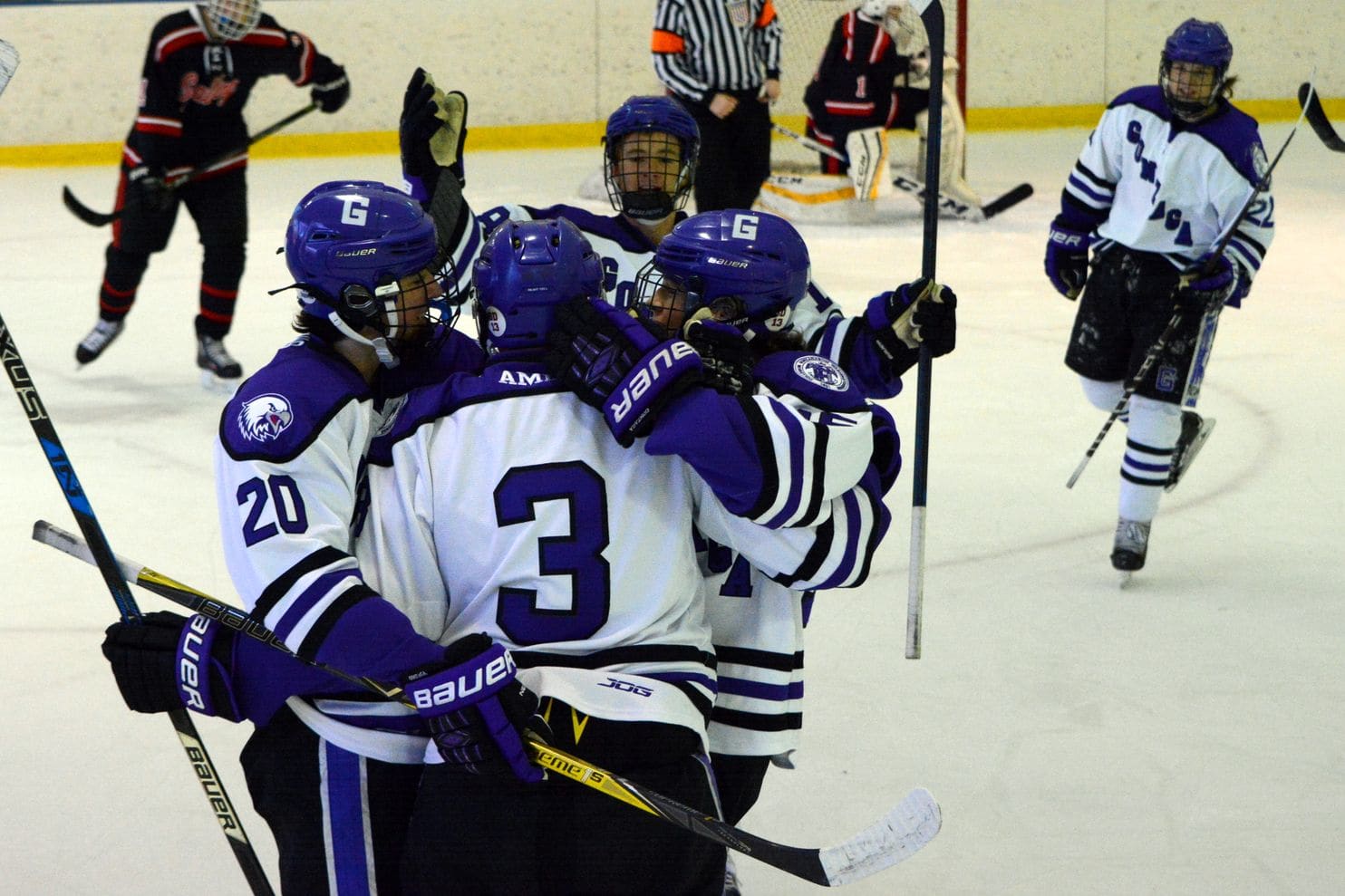 The Gonzaga Eagles have started the season as the number one ranked team.

High school hockey is back in the district.

DeMatha participated in the NISS Governor’s Cup of New York High School Hockey Showcase at the Jamestown Arena in New York. The Stags went 2-1 during the showcase, with wins versus the University School of Ohio and Fenwick before falling to Cathedral Prep.

Other area teams took part in exhibition matches versus local club teams. St. John’s beat the Howard Huskies, while Bishop O’Connell stumbled out of the gates in a lost to the Pittsburgh Predators, a U18AA team.

The Eagles are looking to take their third consecutive MAPHL title this season, but will have to do it without Providence commit and last year’s standout Cole Vallese, who has departed for the Salisbury School.

The Hoyas season got off to a strong start with wins over O’Connell and Gonzaga. Georgetown will be tested when they face Churchill and DeMatha later this week.

The Stags look to avenge their MAPHL loss to Gonzaga.

The Generals have started the season undefeated and sit atop the CSHL standings.

The Patriots look to capture their first NVSHL championship in school history.

The Bulldogs quest for a fifth straight MSHL title, is off to a good start following big wins over Whitman, Northwest and Quince Orchard.

The Bears are sitting on a 1-0 record as they gear up for Friday’s showdown versus St. John’s.

After winning their first NVSHL title, since 2009, the Knights title defense is off to a 3-1 start.

Following a first round exit from the MSHL playoffs last season, the Gladiators will lean heavily on senior forward Kevin Lyons as they look for more postseason.

After tying rival Glenelg 3-3 to start their season, the Mustangs captured two wins versus Urbana and Atholton.